Listening as an Art 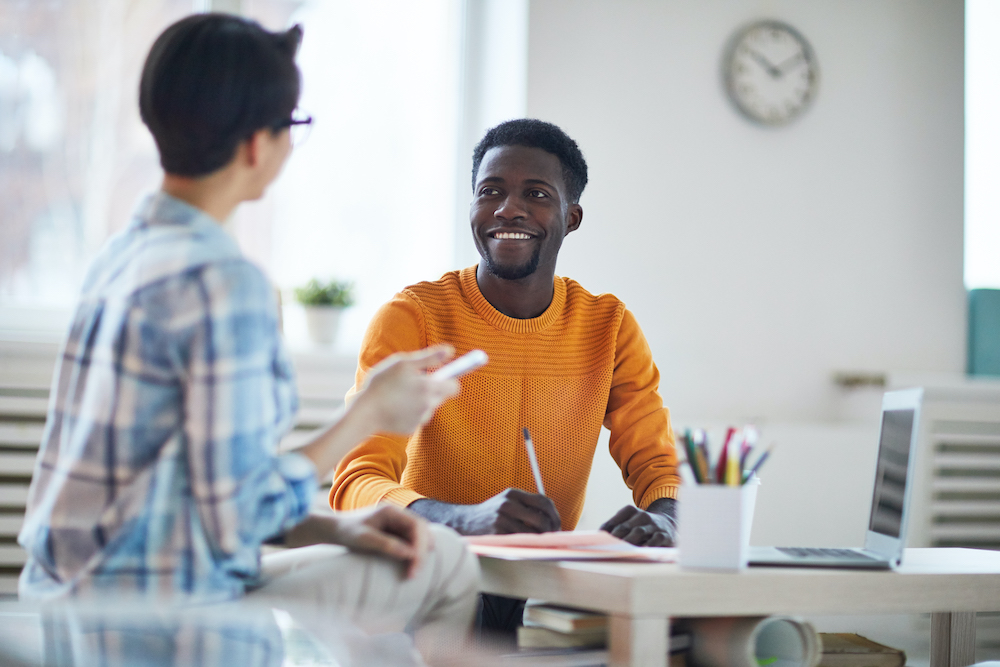 If you have ever met me in person, one of the first things you may notice is that I’m a relatively quiet individual. I have tacted it as being “awkward” in the past. However, on my drive into work this morning, I continued my audiobook of What Got You Here Won’t Get You There by Malcolm Gladwell, and happened to be listening to a chapter… on listening.

Listening has been a skill I have actively worked on for years, because I realized early on that my work is only a series of tricks and hacks without understanding the people with whom I am working, and the ability to change my work based on what they need. And you only find what they need through listening. The journey has been long, and painful… LITERALLY, painful. But more on that in a moment.

However, listening isn’t really a skill that comes naturally to everyone, and I, too, had to break the learning process down to ultimately grasp exactly what I needed to do to be a good listener. The first step in developing my listening skills was to establish what good listening looked like, and what it didn’t look like. I spent my time watching people, as we behavior analysts do, and began taking notes about what listening, or more specifically “active listening”, looked like from an outside viewpoint. What did I learn?

On body language. Body language is something that varies greatly from culture to culture, and can easily falsely indicate that listening is happening while the person is simply waiting for their chance to talk. I consider this the absolute weakest indicator of listening, although many others will mark this as a cornerstone of what they consider good listening.

On eye contact. For me, this is another very weak indicator of listening behavior. When you find yourself focusing on eye contact as a source of listening, I encourage you to think about how many people have visual impairments and how offensive it would be to tell them that they do not listen because they don’t look others in the eye while they are being spoken to. And I don’t have to observe a musician directly to appreciate a piece of music, so why do I need to have my eyes on a person to indicate I’m listening? Oh, and don’t get me started on phone calls…

On finishing each others (sandwiches) sentences. This is where my story of pain comes in. We have all learned, for better or worse, from others communication behaviors. And early in my life, I spent much time with a serial sentence finisher: someone who would rush you along in a conversation so they could have their chance to speak. Unfortunately, it was an absolutely terrible habit that I ended up inheriting, and I would be delivered harsh feedback on my sentence-finishing when I was in my early 20’s. Feedback is POWERFUL, and having such a poor listening behavior pointed out to me sent me scrambling for solutions. Fortunately, I had a science at my fingertips that could help eliminate problem behaviors and replace them with more desired ones.

Enter: Pavlok – a nifty device, about the size of a large watch, that would deliver mild electric shocks when (at the time) manually triggered. Each time I observed myself interrupting someone to finish their sentence, I would (VERY RELUCTANTLY) trigger the shock mechanism as a punisher for sentence-completing behavior. This served a couple purposes: (1) I became a better observer of my own behavior in order to implement the procedure, and (2) I wanted to avoid pressing that damn button because the shocks were EXTREMELY UNCOMFORTABLE. However… after just a day or two, I had eliminated my sentence-completing behavior! And now, nearly 5 years later, I have had little/no resurgence. While it may seem barbaric to shock one’s self for such a trivial social faux pa, it was a critical behavior to remove from my repertoire in order to become a better listener, and I will never regret that. (I do, however, regret the number of times I accidentally shocked myself while replacing the water cooler jug… to the absolute HILARITY of my coworkers…)

On agreement and relevant anecdotes. When someone is listening to you, and instantaneously begins telling their own story related to what you shared, do you feel heard? Or did the roles simply reverse in a time in which you simply wanted an ear? I tread lightly between demonstrating understanding and shifting the conversation on to myself. Taking over someone’s venting by telling your own story is not good listening behavior, and will drive people away eventually from confiding in you in the future.

I ended up seeing a lot of non-examples, but a few things became very clear and shaped my listening behaviors.

My number one, always and forever, good listening behavior is asking questions. And not generic ones; questions that are relevant to the person you are talking to that show that you are interested in what they have to say.

Along with this, you can demonstrate listening skills by bringing up what they’d spoken about in a past conversation in a current conversation. I listen carefully for names in particular, names of pets, friends, family… When I’m able to say more than, “Wasn’t that something that what’s-her-face brought up before?” and instead say, “Wasn’t that what you said Lorelai mentioned last week?”, it makes a huge impact.

Another great skill is practicing rewording and rephrasing what someone is saying to you. This allows you to check for understanding, and forces you to give them your undivided attention. If you rephrase and it’s wrong, apologize and go back to your question-asking skill to fill in any missing details.

Finally, most importantly and hopefully most obviously, remove all distractions from the environment when your listening skills are needed. Nothing says “I don’t care” more than someone playing on a cell phone while you’re talking to them. Flip your phone over or put it in a drawer or bag. Close all windows in virtual meetings. Put reading materials down. Take headphones out. The person should feel like they are the most important thing in your world for that moment. This one is non-optional, and the most frequent error I see people make when they are “listening”.

I hope this has inspired you to evaluate your own definitions of “good listening” and what that looks like for you and your team. If you need some accountability for your skill development in listening, don’t hesitate to reach out to us for some coaching and feedback!